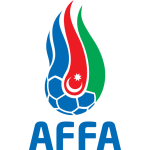 A struggling Azerbaijan side will try to put points on the board for the first time in qualifying when visiting Cardiff City Stadium on Friday night, while the hosts will be looking for just their second win of the campaign. If they fail to get three points, then Wales’ chances of making it to EURO 2020 will be very slim indeed.

It’s been a stuttered start for Wales in qualifying, as they’ve gone from winning first time out to losing two on the bounce. When beating Slovakia on match-day one, Ryan Giggs’ men, though they didn’t pack much of a punch, looked solid defensively. They’ve been by no means easy to get at since, as their results suggest, though a lack of forward is now starting to cost them.

In each of their three qualifiers, Wales have either equalled or bettered their opponents in terms of shots on target, so they’re not exactly being bettered in terms of substance, but they’ve found it tough to get the ball in the net, scoring just twice in three games, while their average of 0.89 expected goals for points towards a general lack of creativity.

Fortunately for the Welsh, Azerbaijan have been leaking goals left, right and centre. Friday’s visitors come into this fixture having shipped ten goals in just three games, while they’ve also conceded a rather hefty average of 18 shots.

After Slovakia, who Wales got the better of in workmanlike fashion on match-day one, ran riot against Azerbaijan last time out, scoring five goals on route to victory, Friday’s hosts will fancy themselves to resume winning ways.

In the betting, ‘Wales to Win & Under 2.5 Goals’ stands out as a viable option. Azerbaijan’s lack of defensive stability will certainly help the Welsh, though we cannot ignore the fact that Giggs’ men have struggled to both create and score goals. They are however a sturdy-looking unit, while they do possess individual quality, which is something that the visitors lack. All in all, backing the hosts to clinch a rather uncomplicated but low-scoring win looks the best option.