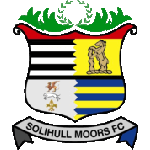 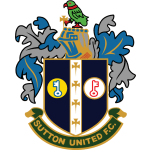 Solihull Moors v Sutton United predictions for Tuesday night’s match in the National League. The hosts aim to break into the top 7 with a win here. Read on for all our free predictions and betting tips.

Sutton United will travel to the West Midlands where they’ll be hosted by Solihull Moors at Damson Park. Can the visitors get back to their winning ways?

Solihull Moors 3-game winning streak came to an end over the weekend as the club narrowly lost to Boreham Wood in the last minutes of the match. The Moors had won twice and drawn once before that defeat and they now sit in 12th place with 21 points.

The side managed by Darryl Eates has done quite well at home too, winning 5 of their last 7 games at Damson Park. However, the other two results were defeats at the hands of Eastleigh and Yeovil Town. Solihull has also scored a cool 13 goals on home turf whilst also managing to concede just 6 in as many games.

Sutton United are now closer to the relegation zone than they are to the play-offs, as the U’s are in desperate need of a victory after extending their winless streak to 3 games. The club thrashed Chesterfield 4-0 at the end of September before going on to lose twice and draw once, conceding 4 goals and failing to score once.

Sutton United have only won once in their previous 5 away days, drawing and losing twice apiece. Moreover, their away days don’t see many goals, as their last 6 ties haven’t seen under 2.5 goals and none have finished goalless since November 2018.

Sutton United’s away recent form suggests a trend that sees under 2.5 goals, whilst Solihull have managed to score 13 times at home in their last 7 fixtures at Damson Park and 5 times in their last 2. The visitors have failed to score twice in their last 4 outings, which is why we’re going to back the hosts to win 2-0 here.