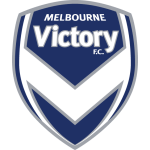 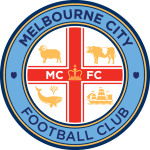 Melbourne Victory beat Perth Glory 2-0 last time out in a pre-season friendly and will be hoping to build upon that result this weekend. Melbourne City thrashed Brisbane Strikers 5-1 away in the last round of the FFA Cup and have won all of their pre-season games heading into the 2019/20 campaign.

All of the stats point towards a Melbourne Victory win and both teams to score on Saturday and we’ve backed a final scoreline of 2-1 in the hosts’ favour.

Both teams scored in each of the last four meetings between these two clubs and Melbourne Victory have won two, drawn two, and lost one of their last five matches against Melbourne City. The overall head to head record between the two clubs sees Melbourne Victory in front by two wins, with the pair drawing just seven times in twenty-nine encounters.

The performances of both clubs during the last month only add weight to our prediction of both teams scoring this weekend, as Melbourne Victory have scored in all of their last six matches as have their guests Melbourne City. The hosts have also only managed to keep one clean sheet during that period and their guests haven’t faired much better in that department with two clean sheets in their last six matches, adding even more reasons to expect goals from both teams on Saturday.

We’re confident that Melbourne Victory will win and both teams will score on Saturday and have predicted a final scoreline of 2-1. Two of the last four meetings between these two clubs have finished 2-1 and Melbourne Victory have had the better of the recent results in this fixture. The hosts have a new-look side that are expected to challenge for the title this season and we’ve backed them to start with a win this weekend.