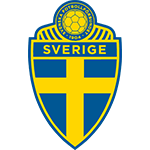 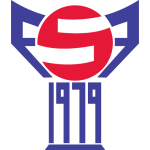 PICK: weden & Both Teams To Score

Sweden welcome Group F strugglers Faroe Islands to Friends Arena on Monday evening. After securing qualification last time out, the hosts no longer need anything from this match. The visitors will be hoping to steal a point, which could mean that they avoid finishing bottom.

All in all, it’s been a pleasing campaign for Sweden, who after beating Malta on Friday evening, are guaranteed to be in the hat for the EURO 2020 draw. They’ve not exactly flourished against the top teams, winning none of their four matches against Spain and Norway, though they’ve made themselves tough to beat, losing only one of those four. Crucially, the Swedes have done an excellent job of asserting themselves against the weaker teams, winning five out of five against Malta, Romania and Monday’s opponents.

In contrast, as was to be expected, Faroe Islands have struggled massively in qualifying. They did pick up three points by beating fellow minnows Malta, but aside from that, they’ve come up short, losing eight out of eight, conceding no less than 27 goals and scoring just three in the process.

Playing away from home has been particularly problematic for Monday’s visitors, who’ve lost four out of four on the road, shipping 14 goals and scoring only two. Furthermore, Faroe Islands have conceded four goals in three of their four travelling matches.

When the pair met in the reverse fixture, Sweden made light work of winning, scoring four and conceding zero. On that occasion, there was a clear gap in quality, which will once again be evident when the sides face each other in Stockholm on Monday.

From a betting point of view, this isn’t the most appealing fixture. Sweden should win and should win by a comfortable margin. That said, the visitors shouldn’t be completely discounted from an attacking point of view. At the prices, ‘Sweden to Win & Both Teams to Score’ stands out. At the end of the day, the Swedes have the quality to win this game, as we’ve already seen, though now that they’ve qualified, they may be less inclined to maintain defensive stability. Moreover, for all Faroe Islands have struggled, they have scored in two out of four on the road. The fact that they created a few clear-cut chances (and scored) away against Romania, who gave the Swedes a good game at this venue, bodes well for the visitors.

In the ‘Correct Score’ market, a 4-1 home win catches the eye. Not only did Sweden score four in the reverse fixture, but they more recently notched four against Malta, while Faroe Islands have conceded four goals in three of their four travelling matches in Group F.