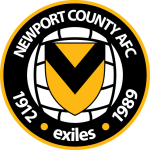 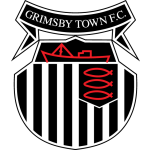 Newport vs Grimsby predictions for Wednesday’s FA Cup fixture at Rodney Parade. Which League 2 side will prevail? Read on for our free FA Cup predictions and betting tips.

PICK: Newport County to Win and Under 3.5 Match Goals

Grimsby travel to take on Newport at Rodney Parade on Wednesday evening, as they look to register a first win in eight games. The hosts will be hoping to take another step in the right direction having scored no less than seven goals on route to victory when last in action.

Neither side will have wanted a replay, but of the two, Newport are probably the happier, as they’ll be playing on home soil, which is where they’ve done their best work this term. Wednesday’s hosts did lose when last in action at this venue, going down by two goals to one against Salford City, but that was their first defeat in nine at Rodney Parade this term. They’ve won five of the other eight.

Only two teams in League 2 have claimed more home points than Michael Flynn’s men, who’ve conceded the second lowest number of home goals in the division, conceding only seven in nine matches in front of a home crowd. Only Exeter City have shut their opponents out more times at home than Newport, who’ve kept four clean sheets at Rodney Parade. Going forward, they’ve not been amazing, scoring a modest 11 in nine, but they’re yet to fail to score at home, while their sturdiness has allowed them to pick up plenty of results without being overly flamboyant offensively.

Much the same can be said about Grimsby on the road. Wednesday’s visitors haven’t exactly blown teams away on their travels, though they’ve scored consistently, scoring in six out of eight, notching a total of 11 goals. At the other end, they’ve done a relatively good job of restricting teams, conceding eight, shipping more than once just twice.

When the pair met in the initial tie, they drew 1-1, which on the balance of play was a little bit unfair on Newport, who were the better side. The Welsh outfit dominated possession, had more shots and more shots on target, while Grimsby scored with their only real chance of the game.

Ahead of this match, ‘Newport to Win & Under 3.5 Goals’ stands out as a viable betting option. Not only were Newport the better side when the pair met just over a week ago, but they’ve got a habit of grinding out results on home soil. They’re good at restricting teams at home, while they’re also good at creating more than they gave away, which isn’t a lot. All five of Newport’s wins have come in games where less than four goals have been scored. Moreover, Grimsby have sometimes struggled to get going against teams that can be tough to be at home, as low-scoring losses away against the likes of Salford, Cambridge and Forest Green suggest.

‘Correct Score’ punters are pointed towards a 1-0 win for the hosts. Newport are very good at edging ahead and then keeping their opponents quiet. Three of their five home wins in League 2 this season have ended 1-0, while two of Grimsby’s three losses have ended 1-0 too.