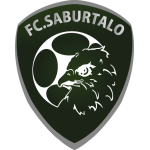 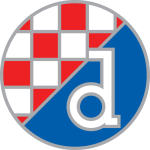 Saburtalo Tbilisi vs Dinamo Zagreb predictions for Tuesday’s Champions League qualifier (first leg) at ‎Mikheil Meskhi. Having just about come through the last round, the hosts will be hoping to extend their quest for UCL football. Continue reading below for all our free tips and predictions.

PICK: Dinamo Zagreb to Win and Under 3.5 Match Goals

Having beaten Moldovan side Sheriff by three goals to nil away during the previous round, Saburtalo went into the second leg in a seemingly comfortable position, though they only just made it through in the end, as they lost 1-3 at home. Having scraped through, the Georgians now have a tough task against a Croatian side that is accustomed to coming through these ties.

Saburtalo delivered contrasting performances in the previous round. Away from home in the first leg, the Georgians looked useful, as they did an excellent job of restricting their hosts before doing well in the final third. A 3-0 win may have been slightly excessive, but the fact that they posted 1.24 expected goals for and conceded only 0.2 tells us that they most certainly deserved to come out on top.

However, despite playing well away from home, Saburtalo’s weaknesses were exposed in the return leg, as they lost by three goals to one. Going forward they once again offered a decent amount, so much so that they deserved their goal, though when push came to shove, they looked weak at the back, conceding 1.85 expected goals for.

Zagreb are yet to feature in UCL qualifying this season, though they have had a competitive warm up before this match. Last weekend marked the start of the domestic season in Croatia. Dinamo Zagreb looked solid first time out and they beat city rivals Lokomotiva by three goals to nil, posting a very pleasing 2.86 expected goals for. Such an effort suggests that the visitors can do well on Tuesday.

Dinamo will go to Georgia with a pleasing recent record in UCL qualifying. Back in 2016, when they made it all the way through to the groups, they got the better of sides such as Vardar and Dinamo Tbilisi, who also hail from the Georgian capital, both of whom they beat away from home. The Croats also performed well against some useful sides in qualifying last year, beating Astana away from home and drawing with both Hapoel Be’er Sheva and Young Boys.

From a betting point of view, ‘Dinamo Zagreb to Win & Under 3.5 Goals’ catches the eye. The visitors, who have winning form in Georgia, have a good record against lowly sides in this competition, though they’ve not often gone mad in terms of goals scored away from home,  not scoring more than twice in any away qualifiers since 2016. On this basis, the Croats are backed to return home with a slender lead.