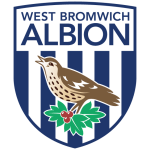 Brentford vs West Bromwich Albion predictions ahead of this clash at Griffin Park. Will Brentford be able to pile the pressure onto West Brom in the race for Premier League promotion? Read on for our free Championship betting tips and match preview.

Friday night brings another huge game for Brentford, who are contending to sneak into the top two late on. Saturday’s victory at Fulham has given the Bees renewed hope of making it into the automatic promotion spots in the run-in. Victory against the current leaders would massively boost their chances.

While West Brom lead the way, this has hardly been a stellar period for them. A 0-0 draw in their return to action means it is three games without a win for Slaven Bilic and his men. This is the worst time for them to have a blip, with the pressure growing after every result. With so much pressure on the Baggies, we’re backing a cagey encounter in our predictions.

Brentford have a reputation as an adventurous side and at times they certainly are. However, the Bees have changed their approach for big clashes this season, which has seen them involved in some more cagey matches. Each of their eight games with the current top six have seen under 2.5 goals scored. It’s clear that Thomas Frank is setting them up a little more defensively in crunch games.

Even their return to action at the weekend was a very tight 2-0 win. Brentford snatched that with a late goal and then caught Fulham on the break for an even later second. For the most part there was no way through for either side, while the Bees now face a team who are much tougher to break down than Fulham.

West Brom are struggling at the moment, having failed to score in each of their last three matches. That setback has blown the promotion race open, so don’t be surprised if Bilic prioritises not losing in this trip as they look to avoid a Brentford challenge.

West Brom’s season so far would suggest that they are strong enough to hold off Brentford, having conceded only 14 goals in 19 away games. They already have eight clean sheets to their name, having conceded less than two goals in all but three of their trips.

West Brom have seen 12 of their 19 trips finish with fewer than three goals scored, while Brentford have a very low-scoring record in these pressure games. As a result we are starting our predictions here with under 2.5 goals.

On top of that, West Brom still have the league’s best away record while the Bees have failed to win six of eight clashes with the top six. We see the Baggies gaining a crucial point, so we’re going with a 1-1 draw.