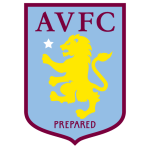 Aston Villa vs Wolves predictions for Saturday’s Premier League clash at Villa Park. Can relegation candidates Aston Villa cause an upset against high-flying Wolves? Continue reading below for all our free tips and predictions.

Time running out for Villa

Second from bottom Aston Villa rescued a point late on at Newcastle on Wednesday evening, but with time and fixtures running out, Dean Smith’s men need to find a winning formula soon to avoid the drop.

Ahmed El Mohamady glanced home an 83rd minute equalizer to earn Villa a deserved share of the spoils at St. James’ Park, though his header probably shouldn’t have squeezed past Magpies keeper Martin Dubravka, who made a mess of a routine effort.

The Villains in 19th are now locked on 27 points with the two clubs directly above them, Bournemouth and West Ham, though the Premier League new boys face an extremely tough run in with games against Liverpool, Man Utd, Everton and Arsenal to come after their assignment against Wolves on Saturday.

Wolves took an hour to break down a plucky Bournemouth outfit at Molineux on Wednesday evening, though Raul Jimenez’s powerfully headed opener was enough to bag three precious points for Wanderers.

The victory, which was their fourth in fifth Premier League outings, helped Wolves in 6th to keep pace with Man Utd just above them in terms of points, while Chelsea one place further up in 4th are now well within striking distance.

In total, Wolves’ narrow home loss to champions elect Liverpool on January 23 remains their only reverse in 10 top-flight fixtures, and only the title chasing Reds have lost fewer games overall in the Premier League this term.

Goals likely at both ends

While Aston Villa’s goal at St. James’ Park on Wednesday wasn’t enough for them to take maximum points, it did at least allow the Villains to maintain their excellent scoring rate this season.

Despite being second from bottom, Villa have scored more Premier League goals this season than nine other clubs in the division, and at Villa Park, Dean Smith’s men rattled the net at least once in 13 of their 15 contests there since their promotion.

However, most of Villa’s good attacking work has been undone by their consistently subpar defending. The Villains, who secured just one clean sheet in their last 12, carry the division’s worst defensive record into Saturday’s latest test against Wolves, and look certain to concede again.

Their handy knack of picking up goals has combined with their nasty habit of conceding to produce goals at both ends in 67% of their Premier League home matches this season – and the both teams to score market looks excellent value again this week when you consider the aforementioned factors.

It’s also worth noting that goals were plundered by both teams in 67% of Wolves’ top-tier tussles on the road this season, and having conceded against Villa in each of their two previous meetings in 2019/20 in league and cup, we think history will repeat itself in their latest encounter on Saturday.

Alongside our both teams to score selection, our correct score prediction points towards a 2-1 Wolves win. Villa, without a win in seven Premier League attempts, lost by the same scoreline when they visited Molineux to play Wanderers in November, and with the momentum from a seven-match unbeaten run behind them, Wolves have the confidence and form to complete the double.

Tyrone Mings is probably the only Aston Villa defender to have enhanced his reputation this season, and the England international should hang on to his Premier League status this summer, even if his current employers don’t.

The 27-year-old will line up against one of the league’s most in-form strikers in Raul Jimenez on Saturday in another stern test of his defensive acumen.

Wolves’ Mexican centre-forward scored in each of his last two games, and bagged Wanderers’ second goal when they beat Villa 2-1 at Molineux last year.