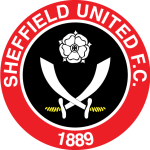 Sheffield United in a slump

Sheffield United’s chances of securing Champions League qualification in their first Premier League campaign since 2007 were dealt a major blow this week, when the Blades suffered heavy back-to-back defeats to Newcastle and Manchester United.

Chris Wilder’s men were soundly beaten 3-0 in each encounter – losses that were their joint biggest of the season so far, and the defeats sent Sheffield United tumbling down to 8th spot and out of the league’s continental competition berths altogether.

With the winners handed a spot in the Europa League, the FA Cup offers Sheffield United an alternative route to elite club football next season however, and standing between the Blades and a semi final place this weekend is an Arsenal team they have already beaten once at Bramall Lane this term.

After successive defeats of their own in the Premier League to Man City and Brighton respectively, Arsenal bounced back with a timely 2-0 win at Southampton in mid-week.

Goals from home-grown starlets Edward Nketiah and Joe Willock did the damage for the Gunners, who moved up to 9th and to within a point of Sheffield United in the Premier League, though Arsenal enjoyed the rub of the green at St. Mary’s Stadium.

Nevertheless, Mikel Arteta’s side should be buoyed by their return to winning ways, though any new-found confidence will likely be tested to the limits by a Sheffield United team they have struggled against this season.

With 13 titles, Arsenal have won the FA Cup more than any other English club, though we expect their quest to win a 14th trophy to end on Sunday.

Sheffield United will be relieved to be back in more familiar surroundings following a pair of harrowing experiences on the road, and their form at Bramall Lane suggest they should make life extremely tough for Arsenal on Sunday.

The Blades were beaten just once in their last nine games in Sheffield, and that single narrow loss, suffered against Man City, highlights just how tough a nut Chris Wilder’s side are to crack on their own patch.

United were unbeaten in 10 of their last 12 at Bramall Lane overall since October – a run they kicked off with an impressive 1-0 win over Arsenal, and the Blades will be confident that they can grab another victory against a soft-centred Gunners outfit this weekend.

With first choice stopper Dean Henderson back between the sticks and key defender John Egan back after serving his suspension, Sheffield United should be back to their robust selves on Sunday, and having watched Arsenal slip up in two of their last their away assignments, the hosts will have identified weaknesses to exploit.

With home advantage key, Sheffield United look excellent value to record their second victory of the season over Arsenal at Bramall Lane this term, while our correct score prediction backs the Blades to carve out another 1-0 win.

Sheffield United’s average of just 1.16 goals per 90 minutes of competitive action at home this season is a modest attacking return, though their record of conceding just 0.88 times on average per game at the other end during the same period shines a light on where their strengths lie.

Expect United to lean heavily on their watertight defensive organisation again to force another narrow home win on Sunday.

On-loan keeper Dean Henderson has been a talismanic figure for Sheffield United this season, and the increasingly influential number one’s ability to produce show-stopping saves should be key again on Sunday.

Arsenal’s leading marksman Pierre-Emerick Aubameyang has yet to score since the restart, though the rapid Gabon international remains the Gunners’ post potent attacking weapon.

The 31-year-old needs just a sniff of a chance to score, and Henderson will have to be at his best to thwart his efforts.